This article was published on Travel and Leisure.

You can rent a bike and pedal around most cities, but some go out of their way to make exploring on two wheels easy and convenient. In Copenhagen, spacious bike lanes run parallel to roads, making traveling by bike more efficient than pounding the pavement or calling a cab.

And in Paris, scooting around town on a city bike (or a moped) is a hundred times more fun than sitting in traffic or spending hours underground in the metro. Plus, by opting for two wheels, you’ll get the chance to cruise alongside locals as you enjoy your own intimate tour of the city.

Next time you find yourself in a new place, take a moment to figure out the city bike network (or rent a bike for the weekend) and experience the city how the locals do — from the saddle. To get you started, here are the world’s best biking cities and where you’ll want to pedal once you get there.

In Denmark, nine out of 10 people own a bike and 25 percent of people opt to bike when the journey is less than 5 kilometers (just over 3 miles). With that in mind, it’s no surprise that the capital city of Copenhagen is a veritable utopia for bikers — with a giant network of bike paths and lanes, and an extensive Cycle Super Highway that joins over 25 municipalities and the capital.

Find a bike: The Bycyklen (The City Bike) network is available around the clock, every day of the year. All you need to do is create a user account (either at bycyklen.dk, or on the bike’s tablet) and push off. The bike’s touchscreen can be used for navigation, payment, and travel tips, and the over 100 Bycyklen stations make finding and returning a bike easy.

Portland maintains the coveted League of American Bicyclists’ platinum rating for their extensive system of bike routes and encouragement of bike culture.

If you start your day early enough, you can bike alongside the city’s hipsters on their morning commute (with a coffee stop included, of course) before breaking off to cruise alongside the Willamette or Columbia Rivers. If you’re up for the challenge, take on the “Short, Steep, & Sweet,” a 15-mile hilly climb that winds through Portland’s West Hills neighborhood and offers views of the Tualatin Valley.

Find a bike: Start a membership with BIKETOWN ($1 to unlock, then 20 cents a minute).

In the five-mile radius of downtown Munich, you’ll travel “more quickly and flexibly on a bike than by any other means of transport,” according to the city. Here, you’ll find dedicated lanes, bike traffic signals, and over 700 miles of marked routes. Pedal along the Isar River and drop by Maximilianeum, the parliament building marked by the Maximilian Bridge.

Find a bike: Download the Call a Bike app and the nearest bikes in your area will pop up with directions on how to get there. Once you’re logged into the app, you can reserve the bike in two clicks.

If you can’t make it across the Atlantic, just hop across the U.S.-Canadian border and make your way to the beautiful French-Canadian city of Montreal. The city boasts 435 miles of bike paths and plenty of bike rentals that make exploring the city on two wheels easy. Pick up a homemade bagel at the famous Fairmount Bagel to fuel your journey up the twisting road in Parc du Mont-Royal for some of the city’s best views.

Find a bike: You can rent a two-wheeler with BIXI by downloading the app or by swinging by a BIXI station. With a short-term access pass, all trips 30 minutes or under are included, while journeys longer than 30 minutes incur usage fees.

Western Australia’s capital is laced with hundreds of miles of paths, bike lanes, and bicycle-friendly streets. The extensive Perth Bicycle Network was built to keep up with some inspiring local demand — in this part of the country, the cycling participation rate is 42 percent. One of the best routes is along the Kep Track, a mostly flat route that utilizes former rail lines and takes you through the bush. While the track’s total length is 47 miles, we recommend hopping on at the trailhead at Mundaring Weir (a 50-minute car drive from Perth) and turning around before Northam.

Find a bike: About Bike Hire rents road, mountain, hybrid, and tandem bikes by the hour.

Like the city of Copenhagen, Amsterdam is a bike lover’s paradise. Some reports state that there are more bicycles in Amsterdam than people, and in 2017, 68 percent of traffic to and from work and school was done by bike.

Find a bike: Orangebike, a company with locations in downtown Amsterdam, rents bikes for as little as 5 Euros (just under $6) an hour. For an extra 2 Euros an hour, you can upgrade your biking look with a decorated “art bike” or opt for a fixed gear.

The League of American Bicyclists recently named Washington the No. 1 state for cyclists, giving Seattle a “gold” ranking. The city was given an eight out of 10 for its bicycle network and connectivity and its encouragement of bike culture. You can cruise along the water on the Elliot Bay Trail and take a break to walk your bike through the Olympic Sculpture Park.

Find a bike: You can pick up an electric Jump bike (owned by Uber) anywhere in the city.

If you have a day of sights planned in Paris, the easiest way to get around (and avoid traffic) is to hop on a bike. You can make your way toward the Eiffel Tower along the Seine River or pedal across the river to the right bank to shop on the Champs-Élysées.

Half the fun is cruising alongside Parisians — who use the city bike system to bypass traffic and delayed trains — as you make your way to an exhibit at The Centre Pompidou or a cafe in Saint Germain.

Find a bike: Stumble in any direction downtown and you’ll find a Vélib checkout station. Just make sure you know how to subscribe and use the system before you go.

The inclusion of Minneapolis on this list might be surprising, but anyone who’s explored the northern city has likely experienced the community’s dedication to biking.

The city has been rearranged to facilitate recreation on two wheels, which means you can cruise around and through the city on miles and miles of pathways. For a trip just south of the city, try the 5.7-mile Midtown Greenway, which takes you over the Martin Olav Sabo Bridge and grants access to the Chain of Lakes.

Find a bike: Visitors can tool around the city on shared bikes thanks to Nice Ride Minnesota, a city bike service with over 3,000 bikes and 400 stations across Minneapolis.

Spend the day speeding along the Complementary Network, which showcases the city’s green spaces and travels along riverbanks. Just make sure to plan your Colombian cycling vacation over a Sunday, so you can experience a car-free version of the city, a tradition that’s been going strong since the 1970s.

Find a bike: Through Bogotá Bike Tours, you can rent a bike (less than $2.50 an hour) or book a bike tour through the city.

As a tourist, you can blend right into this Belgian town — which is long associated with cycling culture — simply by hopping on a bike of your own.

The city has several established cycling routes that are tailored to first-timers and tourists, including a river route that takes you along and across the river Scheldt and through nearby villages. The 23-mile journey starts and ends in the centre of Antwerp, but delivers a wonderful introduction to the city and surrounding areas.

Find a bike: Pick up a rental bike from Velo, a bike sharing service with over 4,000 bikes in rotation. Your first 30 minutes are free and a day pass is 4 Euros (just under $5).

This bustling, pedestrian-friendly region of France has more than 400 miles of bicycle paths that criss-cross through and around Bordeaux. For a quick 5-mile route that straddles both left and right banks, depart from Place Gambetta for views of world-class monuments (Grand Théâtre, Place de la Bourse, Porte Cailhau, and Place du Palais) from your bicycle seat along Cours de l’Intendance, Cours du Chapeau Rouge, and Pont de Pierre.

Find a bike: Opting for a full-day bike rental from Cool Bike (less than $12 a day) means you can enjoy a leisurely French-style picnic along the way.

Most visitors to this mega city — home to over 9 million people — typically opt to travel on the extensive train system. But you miss all the views, sights, and smells if you spend a good portion of your day underground traveling from one place to the next.

Instead, hop on a bike and cruise through the city’s surprisingly quiet (and safe!) streets or make your way to the waterfront, where you can cruise along the Sumida River, which flows into Tokyo Bay.

This Swiss city has a love affair with cycling — and it shows. In fact, you can even connect with bike trails to other European countries or rent a bike in one Swiss city and return in another. That said, there’s no reason to leave Basel proper as the city sports traffic signals and lanes just for cyclists. For an easy day of exploration, rent an e-bike and swing by the sculptural Tinguely Fountain before setting out a picnic on the banks of the Birs River.

Find a bike: Grab an e-bike from Guest Bike Basel at the city’s main train station for 20 Swiss Francs (just under $22).

There’s no need to leave the urban core to cycle around this design-centric city. In fact, by starting at Plaça Catalunya and biking for only 5.6 miles, you’ll hit most of the highlights, including Sagrada Familia, Arc de Triomf, and Casa Batlló.

Find a bike: You can pick up a Bicing bike (both regular and electric) from one of the docking stations around the city. 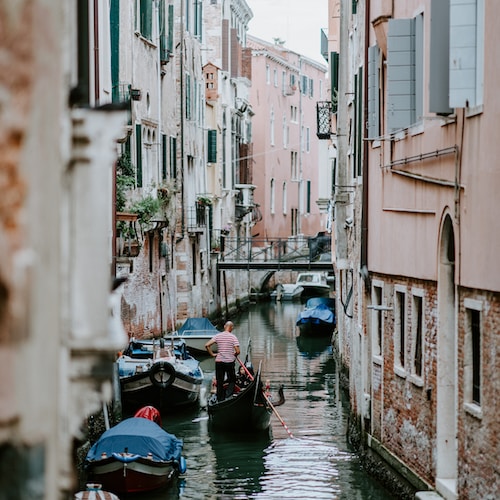 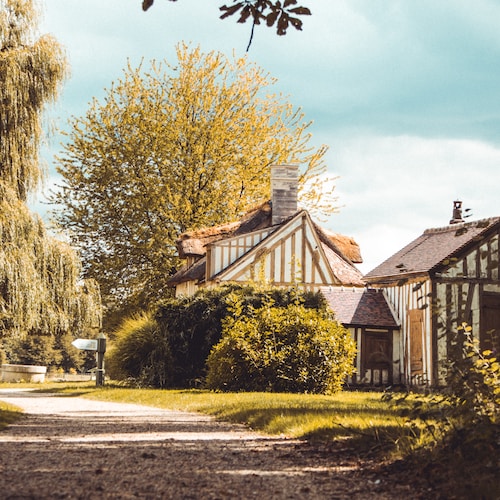 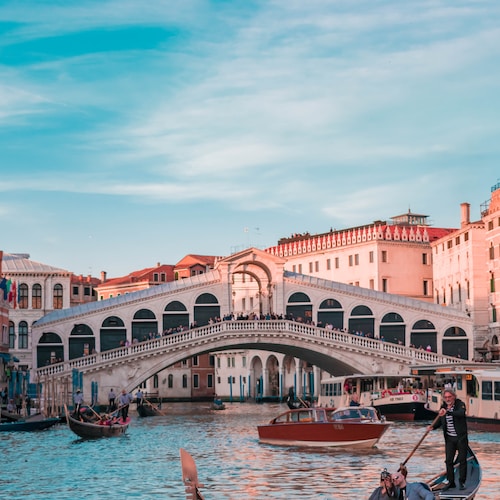